We’re comparing the New Mk2 2016 VW Tiguan with the Seat Ateca, which is a brand new model. Engine wise we will compare the 150PS Diesel 2WD variants, which is predicted to be the best seller. The comparison uses price and specification data as per 7th July 2016.

Both cars are classified as SUVs, utilise the VAG ‘MQB’ platform and most of the underpinnings (including key things such as engines) are the same. One technical difference is that the Seat (aside from the top ‘Xcellence’ trim) comes with a cheaper ‘Semirigid rear axle’ rear suspension as opposed to a multilink system that all Tiguans come with. It should be noted that the VW Tiguan is a slightly bigger car – it’s 12cm longer and also has a boot capacity of 615 litres vs 510 litres in the Ateca, which is a significant difference. Another difference it the Tiguan rear seat slides, and tilts, whereas in the Ateca it is fixed.

To keep the comparison as close as possible, we have gone for standard non-metallic paint on both cars. For the Tiguan there is a choice of Urano Grey or Pure White. On Ateca the only no-cost option is Mediterranean Blue. On both cars we selected the standard 17″ alloy wheels and standard cloth interior.

Equipment wise, there are a number of other differences and the table below details these.

So the Tiguan comes out at a total of £27,650 and Ateca at £23,505 for as close as possible match equipment wise. The Tiguan at £27,650 with the options listed does however have several which are slightly better than the Ateca – e.g. 3-zone climate control as opposed to 2-zone, front AND rear sensors and adaptive cruise control (as opposed to standard cruise control).

There are a number of other minor differences between the two cars, which are not available as options.

So in summary the Tiguan costs £4,145 more than the Ateca for a similar specification of car.

Therefore the conclusion is that for the 150PS  Diesel 2WD variant, the VW Tiguan is comparatively significantly more expensive than the Seat Ateca.

NOTE: This comparison is based on prices as of 7th July 2016, with the equipment comparison done as accurately as possible. Price differences for other engine and trim combinations may differ – see our price comparison of the 190PS TDI DSG version. 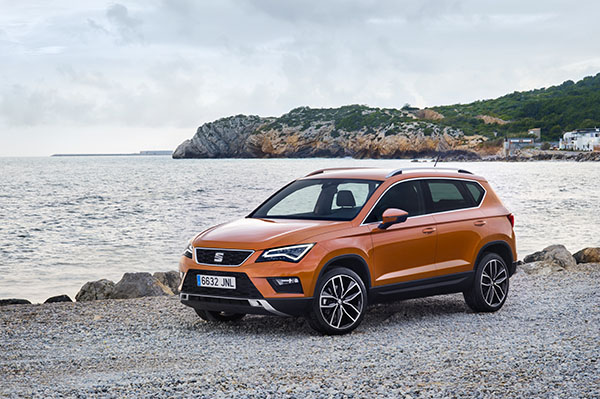 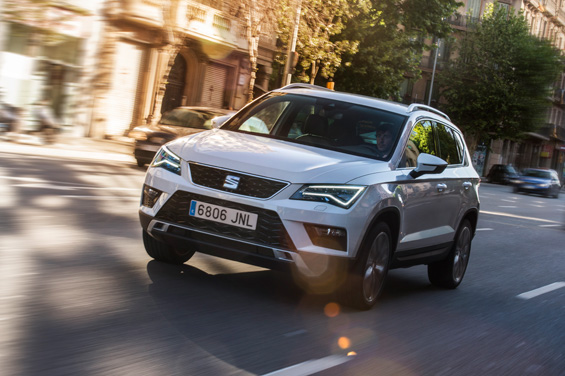